Startups are in an increasingly significant role also when it comes to the success of big companies. Finland’s largest industry event Manufacturing Performance Days 2017 (MPD), at the end of May, welcomes on the main stage Hupparihörhö, to whom cooperation between startups and large companies is everyday life. The startup-drive is strongly present at the MPD also via the MPIDEA competition. The MPIDEA competition time was just prolonged to last over Easter!

So there is still plenty of time for ideas and innovation. One can send proposals to MPIDEA until 18 April 2017. Taking the MPD main stage on 30 May, Hupparihörhö now encourages innovators, startups as well as individuals, to take enthusiastically part.

”Finland will flourish with genuine cooperation of different and different-sized companies, and also this competition offers startups an opportunity to reach out to big business. I therefore encourage all idea-rich entrepreneurs and inventors to participate in the MPIDEA competition”, invites Hupparihörhö, aka Sami Kuusela.

Kuusela knows what he’s talking about. He is a businessman, whose company Hupparihörhö helps startups to succeed and connects them to large companies to do business with and to be acquired. ”Startup-thinking has spread all over the economy, which is great. Five years ago, the situation was still dreary. But now large corporations have woken up and also startups have something genuine to offer to big businesses”, Kuusela emphasizes.

The MPIDEA Main Prize is magnificent. The most respected consultancy in the world, McKinsey, offers the winner or the winning team six months of intensive sparring in its ReNew Growth program. So MPIDEA is alluring startups, but their interest to MPD has been active as it is.

”Startups are now more visibly present at MPD than ever before. Hupparihörhö underlines the importance of the startup world to our industry and our future wellbeing, just as the MPIDEA competition, where startups are also sure to stand up strongly”, says Tomas Hedenborg, Chairman of the MPD Organization Committee.

Hedenborg also acts as the President of Orgalime, the European manufacturing industries’ association. ”The perceived benefits are the same from both European and Finnish perspectives: Innovations create productivity and competitivity, which in turn bring about growth and jobs. Startups play a major role in this, and the MPIDEA competition in its part also strives to directly create new jobs”, emphasizes Hedenborg the relevance of startups and the MPIDEA. 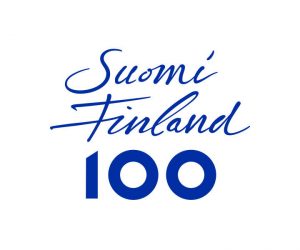