Finland at the international forefront of developing remote piloting technology 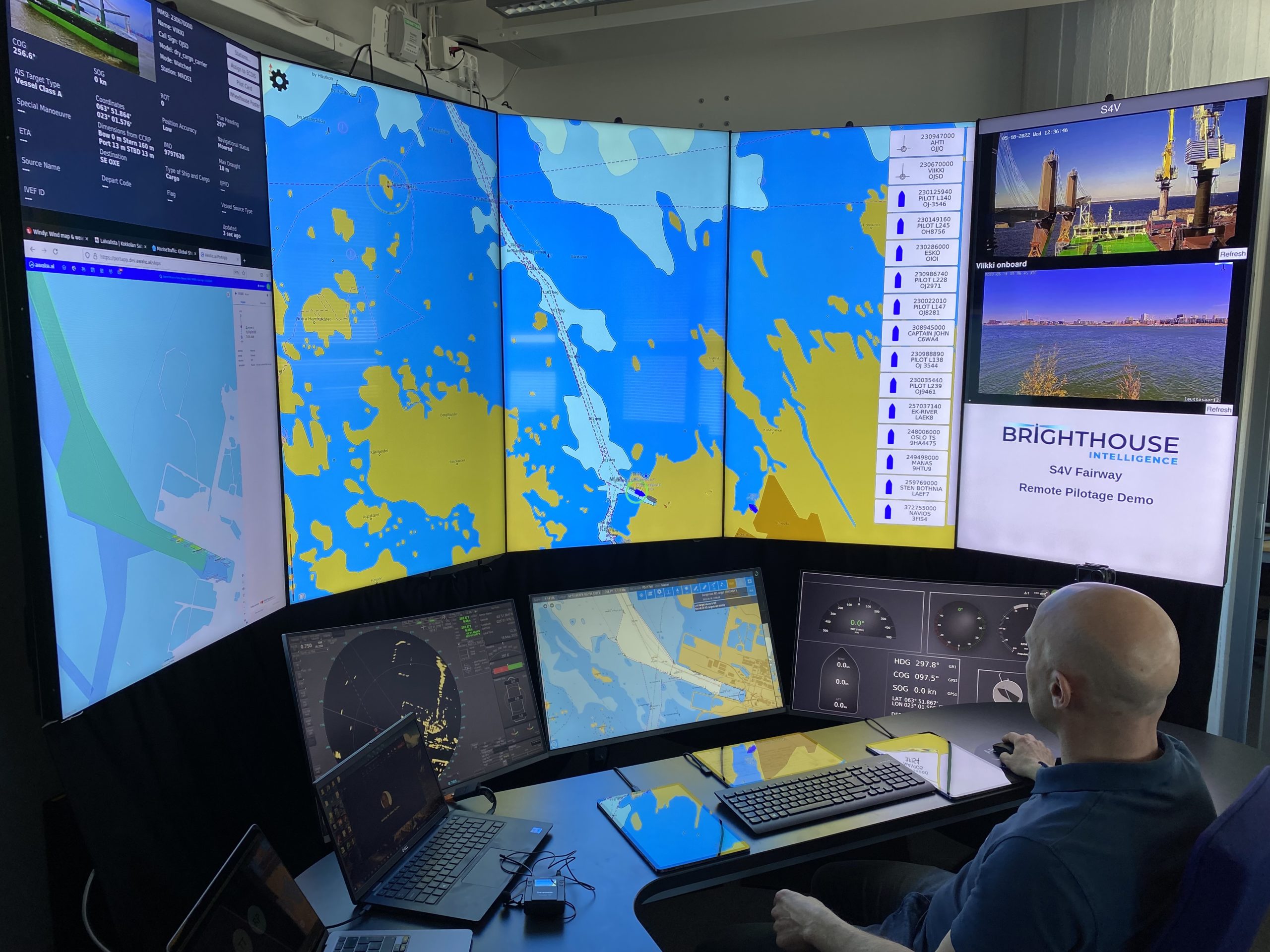 Pilot Joakim Kantola of Finnpilot Pilotage observed the departure of a cargo ship M/S Viikki from the Port of Kokkola at the remote pilotage center in Turku. Photo: Seppo Tikkanen, DIMECC

The first ship equipped with the technology of future fairway services was directed from the Port of Kokkola to the fairway on Wednesday. At the same time, the suitability of the technical arrangements for remote piloting was tested. The systems were used in parallel with normal pilotage.
ESL Shipping’s M/S Viikki transmitted real-time information about the ship’s movements and fairway conditions to Novia’s remote pilotage center in Turku.
The development of future fairway services is part of the Sea4Value Fairway program, where companies and universities are exploring the technology, data, practices, and security used in remote piloting and the maritime route of the future. The aim is to promote safer, more efficient, and sustainable maritime transport through digitalisation.

Pilots on board and in front of screens in Turku

In the test, Viikki was piloted completely traditionally, and the remote piloting technique was tested parallel with it.
“It’s great to be involved in testing the remote piloting technology of the future and see what the current technology can do,” says Timo Kosunen, the Captain of the Viikki.
The pilot Timo Nummi of Finnpilot Pilotage was involved on the Viikki bridge to enable the timely transmission of the ship’s maneuvering commands to the remote pilotage center. Pilot Ville Mattila analyzed the remote piloting situation.
Remote pilot Joakim Kantola followed the visualized information from screens in Turku.
“It was interesting to get to know how future fairway technologies could support the work of the pilot,” says Pilot Kantola.
The remote piloting used a data acquisition and transmission system as well as remotage pilotage center developed by Brighthouse Intelligence and safety contours -visualization of Awake.ai. The information about the fairway traffic generated by Fintraffic VTS’s radars was transmitted to remote pilots via an open interface.
“It was great to bring our expertise in the field of autonomous and remote solutions for marine to the project and at the same time develop new solutions for the needs of the intelligent fairway and remote pilotage,” says Markku Sahlström, CEO of Brighthouse Intelligence. 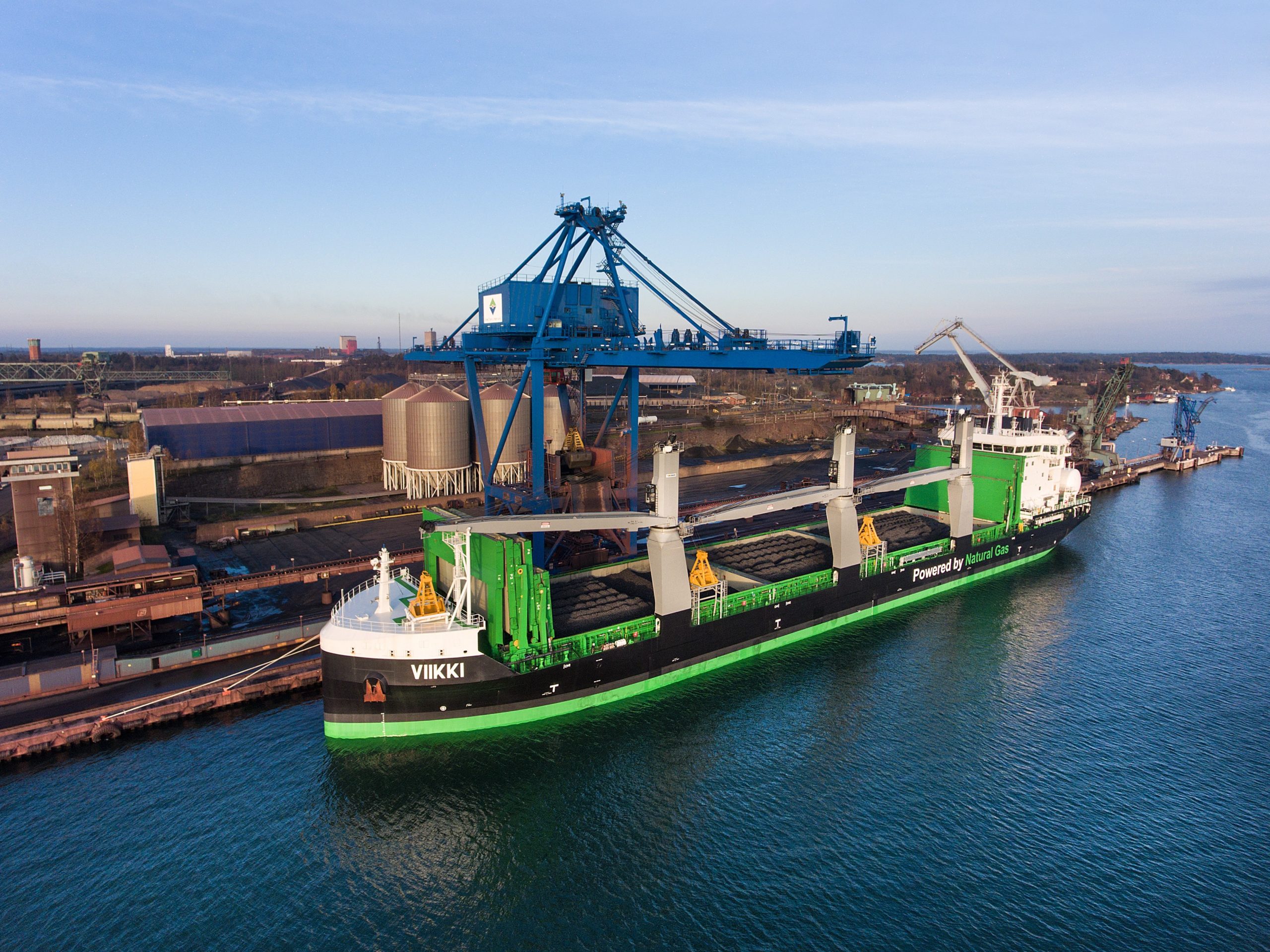 According to the Pilotage Act, remote piloting has been possible in Finland since 2019. The information and experience gathered in the Fairway project and the current experiment will be used in the implementation of the remote piloting process and technology. The experiment provided important practical experience for future development work, for example on whether the systems used worked correctly, whether the right kind of data was collected, and whether all the necessary information was transferred to the remote pilots at the right time.
“Although various autonomous vessels have been tested in Finland and around the world for a few years now, and we are at the international forefront in the development of remote pilotage, the implementation of remote pilotage itself is still years ahead. However, this was an encouraging experiment, and we are now a little closer to that date,” says Sanna Sonninen, Pilotage Director of Finnpilot Pilotage.
Fairway project is part of the DIMECC-led Sea for Value program. Fairway includes Awake.ai, Brighthouse Intelligence, Finnpilot Pilotage, Ericsson, Meyer Turku and Haltian as industrial partners. The research is carried out by Aalto University, Novia University of Applied Sciences, Tampere University, the University of Jyväskylä and the University of Turku. In addition, the Finnish Transport and Communications Agency Traficom, the Finnish Maritime Administration, ESL Shipping, Neste, the Finnish Meteorological Institute, the Finnish Shipowners Association, the ports of Rauma, Turku and Helsinki and Business Finland are involved.